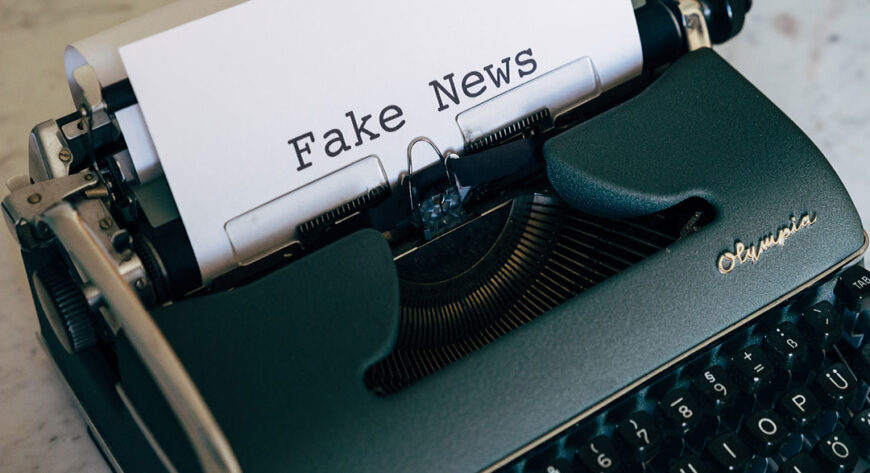 Fake news is not new.  Scandals have been the bread and butter since the orator shouted sensational stories about Caesar and Marc Antony in the forum of ancient Rome. Fear mongering and propaganda is still the way political parties drum up election votes to assert themselves into power. Conspiracies theories went from the man wearing a sandwich board on the street corner to world-wide exposure when the Internet became accessible to everyone.

Fake news is not new, but how we experience it has changed dramatically and increased exponentially beyond measure in the modern age with the Internet at our fingertips. Accessibility is a major factor in the power and ability fake news has to affect people, but there is another major key issue in this equation: Discernment.

The perpetrators of disparaging information are relying on the fact that the average reader won’t discern, that they won’t do their own research, they won’t fact check, and that they will take whatever is being touted at face value. This is an insult to the readers, but it is also a hole that most readers have unconsciously tripped on and fallen into themselves.

The overwhelming amount of information, images, sounds, pop-ups, flashing lights and notification badges vying for our attention is nothing short of a deluge. It’s easy to get swept up in the torrent.

Discernment is lost in the world today.  A virtue that is woven throughout all metaphysical and Hermetic teachings, the ability to discern is a lost skill and often completely overlooked in our modern world.

The Mirriam-Webster’s definition of discernment is:
1: the quality of being able to grasp and comprehend what is obscure : skill in discerning
2: an act of perceiving or discerning something

When we as a society are inundated with stimulus (like we are when we are online), discernment becomes even more important — yet we know that it is lost. People are lost, and don’t know where to turn to for truth. Like water, people will often follow the path of least resistance, such as the endless rabbit hole of links from one outrageous story to another online. This has resulted in the inability to make-up one’s own mind, the inability to think critically, and the lack of desire to.

The proliferation of false information on the Internet is staggering. Sometimes, the faultiness is subtle, a small detail was missed either intentionally or accidentally due to the result of incompetence or inexperience.  Most times, the inaccuracy is intentional, meant to misdirect or elicit a reaction for the purpose of an agenda.

What this era of fake news has done (in addition to dismantling any remaining semblance of journalistic integrity) is that it has planted a seed of doubt in the mind of the reader to use their own intellect and discernment.  For instance, social media makes us believe anything can be truth, when we know false or twisted information is being perpetuated by those whom it suits. “Troll factories” are online manipulating SEO results to suit those who wish to control the narrative. Companies pay massive money to have good links highlighted and the bad stuff buried.

It has gone so far that we have lost the letter of the law that everyone is innocent until proven guilty.  The reverse is true in the Wild West of the World-Wide Web: anyone can make a public accusation and everyone is guilty until proven innocent. Yet by the time that innocence is proven, that person or entity has been dragged through the mud and is covered in dirt, whether that dirt is real or not, it is all about the perception.

The bottom line: Your perception is being manipulated. The public’s perception is the result of an intentionally tailored and manufactured conveyance of information, whether it is from official news media, social media, blogs, vlogs, websites, search engines, etc, etc.

How do you know that your perception is being manipulated?

1. What you read/see/watch elicits an emotional response.

2. You are compelled to react immediately by sharing or commenting.

3. You form an opinion based on that one thing you read or watched.

Why your emotions are such an important factor:

It is a well-understood function of effective advertising to elicit emotion. It elicits the feeling of a need and a lack within you, and the emotional trigger that is associated with that lack. Therefore purchasing said advertised product would fill that feeling of lack. Traditional news media outlets work on a similar model. Fear, terror, tear-jerkers are all typical responses from watching or reading the news. Sensational headlines grip you and make you tune in again, or read more. Viewership/readership increase, ratings increase and the more a news media company can charge for their ad space.

Online media, websites and social sites alike, take this premise and amplify it exponentially. The more outrageous a story, the better the “clickbait”, the more clicks, shares, likes and comments a website gets drives traffic way up. To make it simple: more traffic means prime ad space to sell a product or service or get paid subscribers to the site.

If emotion gets elicited, there is a reaction. How do you know this to be true? Read the comments section on… anything.

There are many metaphysical teachings about emotion in our lineage. One such teaching is that emotions are not necessarily indicative of reality. You may experience an emotion, but it doesn’t mean that the emotion determines the reality. You may be mad or angry about something, but that won’t necessarily change the situation. You can be mad about the colour of that wall, but unless there is action taken, the colour of the wall won’t change.

When we react from a place of emotion, there is no balance. The unhappy customer who shouts at the store clerk may get a response, but the customer who takes the time to write a letter or have a calm discussion with management about why they were displeased with may actually have the chance to see resolution take hold in a greater way outside of an immediate response.

It is in stillness and from a calm mind that we can create lasting change. Lineage Holder Ipsissmus Dave Lanyon is quoted, “Be at peace and come from a place of PEACE and LOVE in all actions, thoughts, words and deeds.  Desire harm to no one, including yourself.  Always give room for those around you, including yourself, to grow.  Remember healing comes from stillness. The more still one is, the greater the force to heal and overcome.”

Why your “opinion” matters (or doesn’t matter):

Another word for opinion is judgment. When we judge something without knowing the full story, without having all the background information, we form an uneducated opinion. This result is common online. Everyone is quick to judge and express their opinion. There is a common belief that everyone is entitled to express their opinion, but that doesn’t mean it is educated, researched or well-thought-out.

Plato said, “Opinion is the medium between knowledge and ignorance.” Da Vinci said, “The greatest deception men suffer is from their own opinions.” We see the truth of this wisdom in today’s world. Sensational news begs for opinions. The mark of an effective website or web posting is measured in clicks, likes, comments and shares – which all can exist because you form an opinion on it. You make a judgment call whether that piece is worth sharing.

There is so much of it, that it would make anyone want to shut it off and ignore any kind of input of information. You may hear many spiritual people talk about how they don’t watch or read the news. But is that right to do either?  As a Lightworker, initiate or someone who considers themselves a conscious person, if you shut it all off you are disconnecting from the very world that you are trying to make better.

So what can you do differently?  There is a great quote by the author Paulo Coehlo,  “The world is changed by your example, not by your opinion.”

What can you do to be an example of discernment?

There are some great tips online, for instance from an article like this one from TheVerge.com, to ask yourself some questions when reading news:

1. Is the source creditable?

Not only the media outlet, but also the source being quoted.

2. Is the perspective biased?

All news media have a political slant. For example: https://www.allsides.com/media-bias/media-bias-ratings

3. Are other sources reporting the same story?

Search the same story to see if it shows up in a few more outlets.

This is one of the most overlooked and simplest ways to fact check something. Sometimes websites will dig up a scandalous-sounding story from years ago for the sole reason of increasing clicks and traffic.

5. Are the sources verified?

If they are not using legal filings, interviews and direct quotes from credible sources, leaked documents or press releases, this is a good indication there may be false and manipulated information. Search for quotes that verify content and context.

6. As yourself: what kind of emotion does this trigger within me?

If you find yourself reactive or emotional, then that is a clue to take a moment and review the above questions to help you discern about what you are reading.

Ultimately, when it comes to navigating the stormy waters of the web, remember to apply metaphysical wisdom and spiritual clarity to your perceptions decisions and actions. If you are going to form opinions, base them on real information, not ignorance. Discern the fruits from your own experiences, not what someone else says.

The path of initiation in the lineage of King Salomon supports you as an individual to use discernment. With tools and practices for mindfulness, the goal is to achieve peace. Peace within oneself and ultimately world peace. Is peace in the world possible?  World peace starts inside, perhaps it can start online, too. 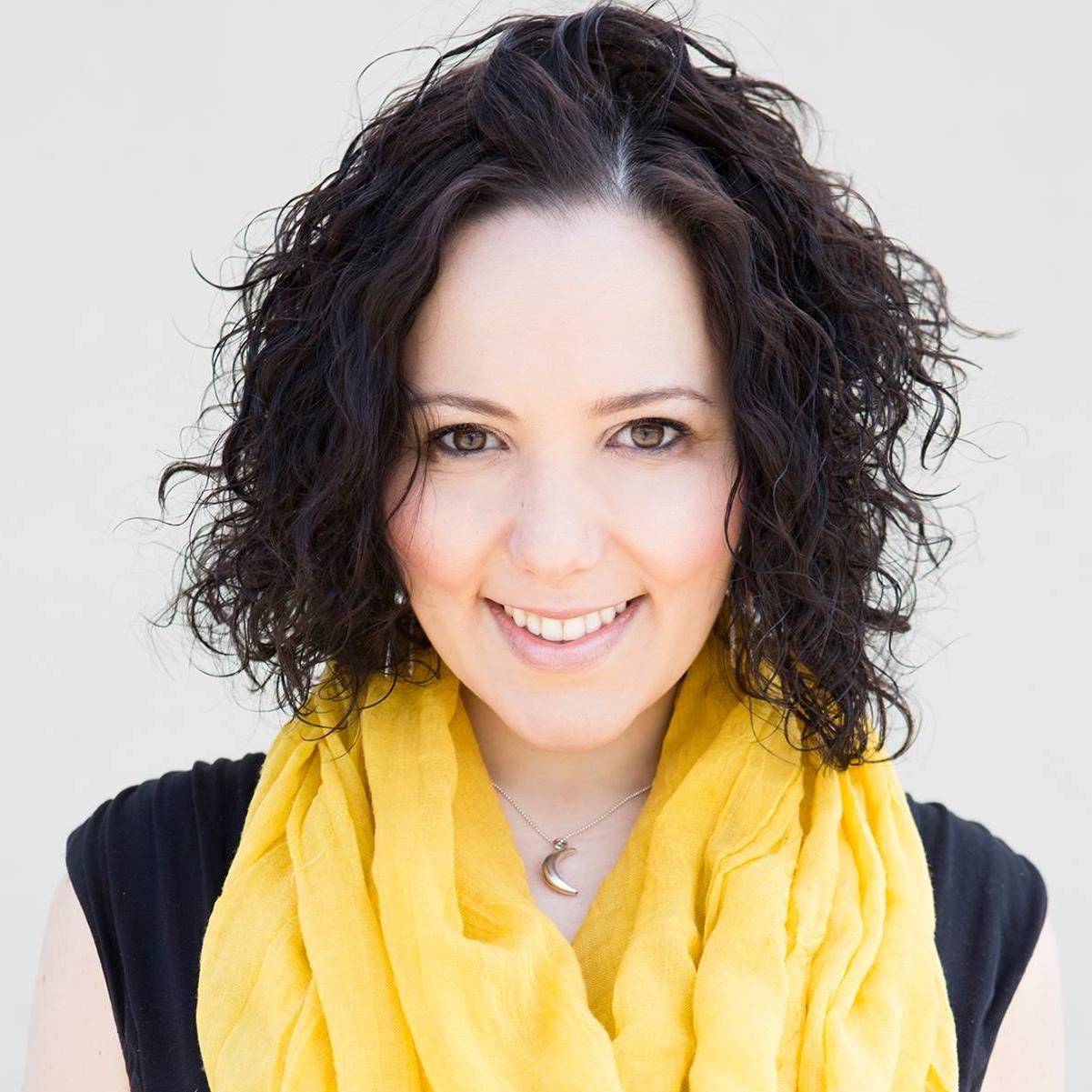 Vice-President of Modern Mystery School Canada, Christina Lozano is passionate to share with the world the teachings of Hope, Empowerment and Joy. As a International Instructor in Modern Mystery School, she specializes in Wicca and Kabbalah, as well as healing arts and other teachings, Christina truly believes that life is magickal and that everyone has within them the power to live the life they truly dream of ….and some of the keys to how to do that are hidden somewhere in this website! 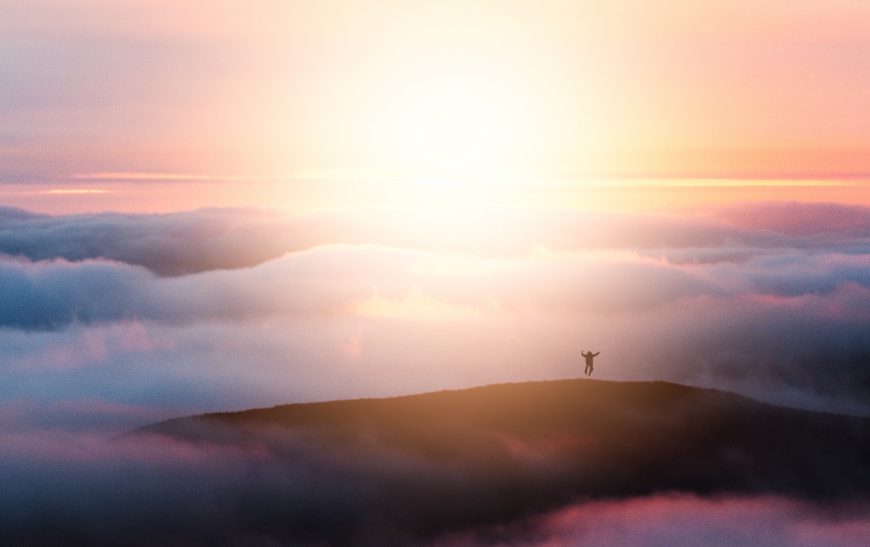 The Magick of Manifestation 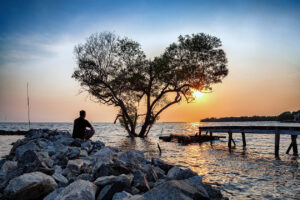 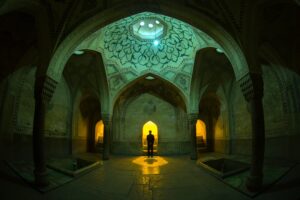 The Truth about the Modern Mystery School: Cult or Community of Lightworkers? 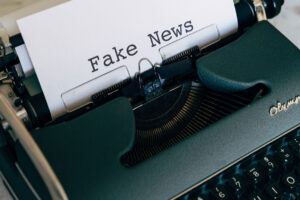 How to tell when you are being manipulated by media 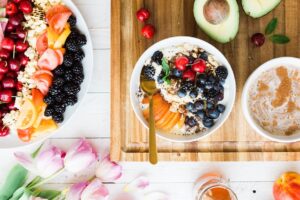 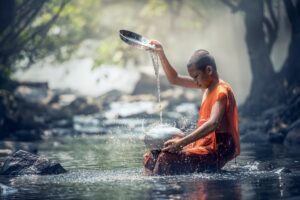 The Great Conjunction – the start of a new era! 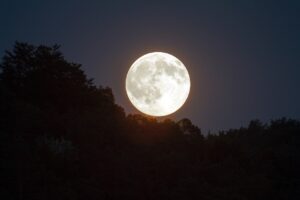 Feeling sensitive? The Moon could be your culprit…